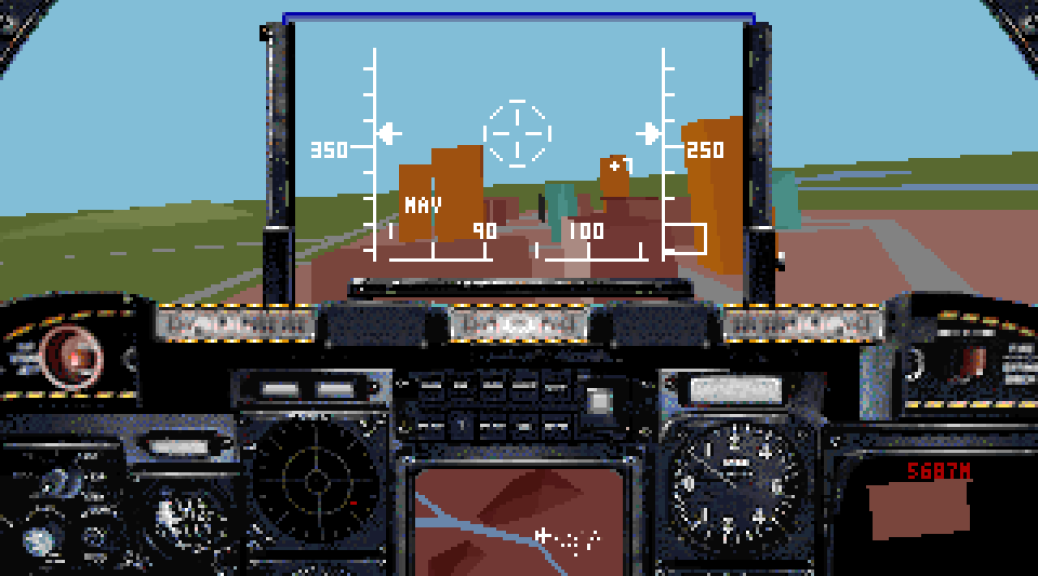 Dynamix‘s 1989 combat flight sim, A-10 Tank Killer, is fast and fluid on the PC, making it one of the first serious combat flight sims to offer more than 20 frames a second to games-players. In the early days of combat flight sims: the games were battling against weaker machine specs and lower CPU cycles. When 386 and 486 type PCs entered the market (in 1989), and VGA graphics cards became affordable, only then did the genre finally have the power to be “fast” and “fluid”.

A-10 Tank Killer – as you’d expect – is mostly air to ground attack missions. You’re piloting an A-10 Thunderbolt II after all. Bombing and strafing. And mostly set in the desert.

The level of detail is pleasing, and playing the game is enjoyable and not too realistic, boring and dry. Flying the individual missions is exciting and suck you in to the game, and just flying around, taking off and landing are enjoyable.

The version shown here is the VGA MS-DOS version. An even more streamlined Windows version came out later in the 90s. A sequel, called Silent Thunder: A-10 Tank Killer II, was released in 1996.

More: A-10 Tank Killer on Wikipedia