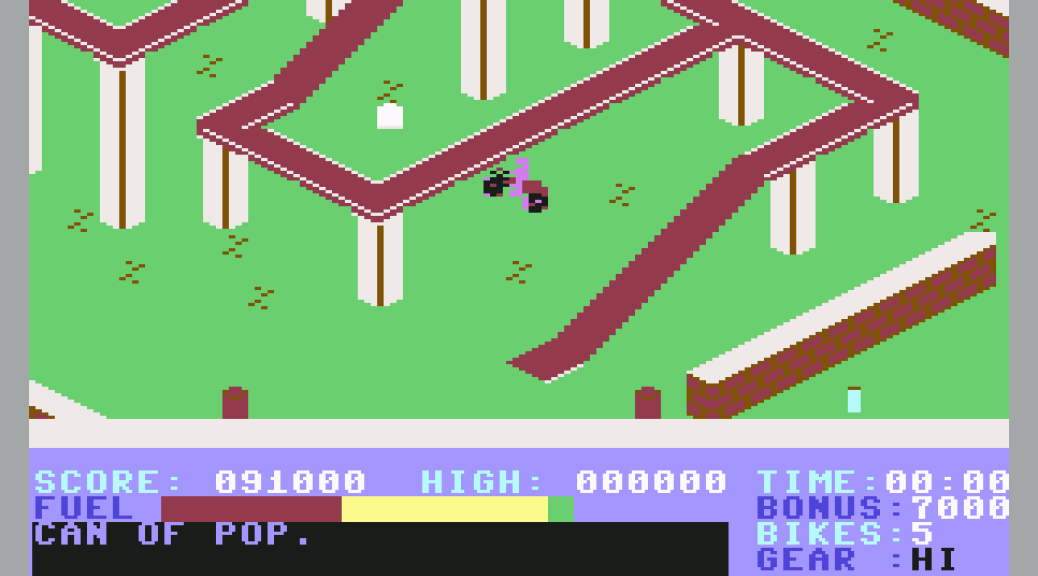 In the Commodore 64 version it may as well be “Clumsy Trevor the Pixelly Character” you’re playing, than Clumsy Colin, as there is little to distinguish him as Colin from the Skips adverts. Maybe that was a blessing in disguise, though, because the ZX Spectrum version – which features a recognisable Colin – is dreadful compared to this version.

What Action Biker turned out to be – on the C64 at least – is a laid-back, isometric biking game, with a simple premise and funky tunes by Rob Hubbard.

From defeat at the hands of a crisp marketing department, to a victory in classic retro gaming terms. Action Biker is a still a game worth playing now. 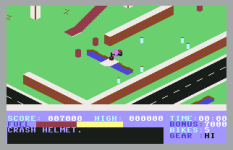 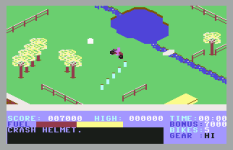 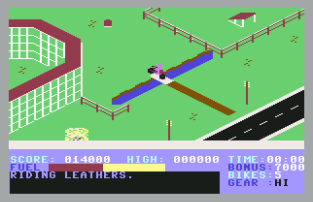 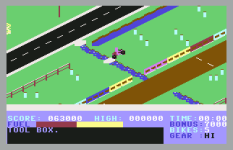 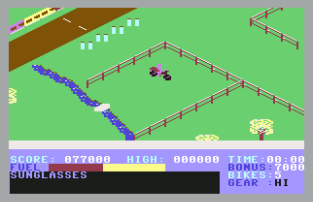 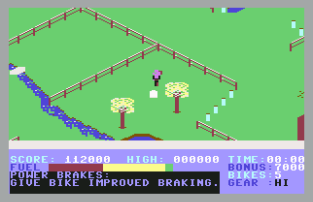 One thought on “Action Biker, Commodore 64”