Anyone familiar with the NES game Mr. Gimmick will see similarities between that and Trip World, a cute and slightly weird platform game released for the Nintendo Game Boy in 1992 (incidentally the same year as Mr. Gimmick).

Trip World features a shape-shifting bunny-like being called Yakopoo (yes, you read that right), and his quest to retrieve the Flower of Peace. Well, they don’t call this game ‘Trip World‘ for nothing, and the game’s designers were obviously smoking something spicy when they came up with that scenario.

It’s a pity, then, that the monochrome Game Boy restricts the use of colour in Trip World. The lovely visuals would definitely have benefited from some colour. Especially in light of the marvellous use of colour in its spiritual predecessor (Mr. Gimmick).

Still: you can’t have everything. Was there ever a sequel to Trip World? Or a colour remake of it, you ask? I don’t know, is the truth. But I am going to look into it and find out. 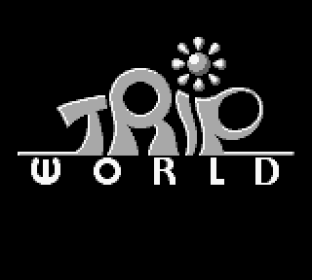 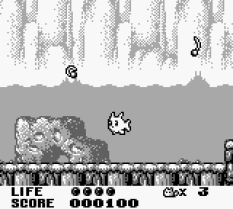 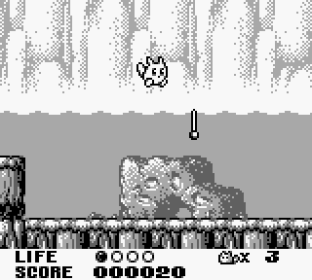 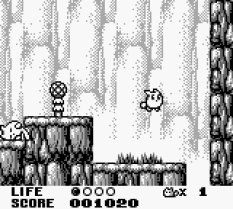 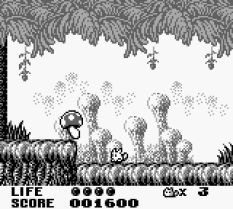 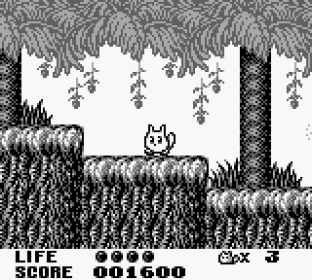 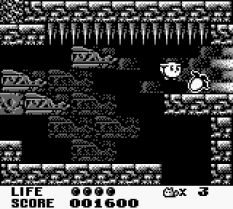 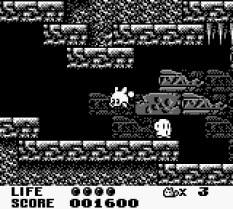 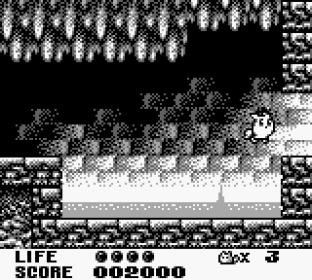 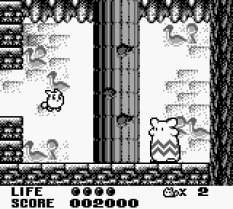 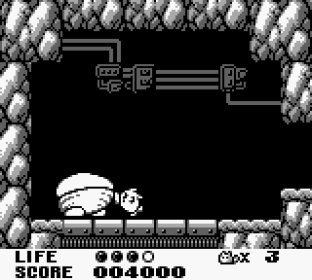