Somer Assault – also known as Mesopotamia in Japan – is a weird-but-imaginative scrolling action game where you control a pink Slinky-type creature that must battle its way through twelve stages of enemies to defeat an evil sorceress who is trying to conquer the world. It was developed and published by Atlus in 1991.

Each stage is guarded by a powerful minion – summoned by the sorceress – and representing a sign of the zodiac. The Slinky must defeat each of the twelve bosses in order to reach the sorceress at the end and confront her.

At the beginning of the game you’re asked to enter your birthday (day and month) and what this does is cause one of the bosses (the appropriate one, related to your birth date/star sign) to throw power-ups at you, rather than damaging shots.

The Slinky is able to move along the walls and platforms and can shoot bullets from both sides of its body. It can also make short jumps between walls and platforms. It initially has three hit points (shown in the top left-hand corner of the screen) but can increase these – and enhance its offensive capabilities – by collecting power-ups.

Each level also has a time limit which means that you have to reach the boss – and defeat it – before the timer expires. On the final stage, the player must defeat all twelve bosses in succession before facing the sorceress herself. Which is a tough ask. Remembering each boss’s weaknesses and attack patterns will help.

Somer Assault is a bizarre game, but is playable and fun. The music is decent but hectic and the graphics are imaginative and colourful. Most importantly: the gameplay is sound, as well as being fairly innovative. The game can be a little frustrating at times and isn’t easy to master, but playing it and making progress is quite satisfying. Definitely an old video game worth finding and playing, if you’ve never experienced it before. 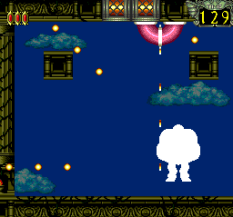 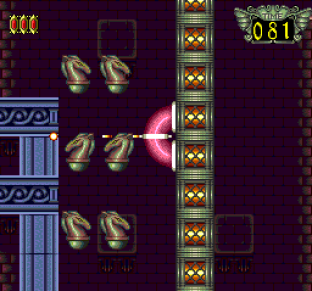 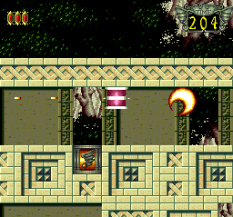 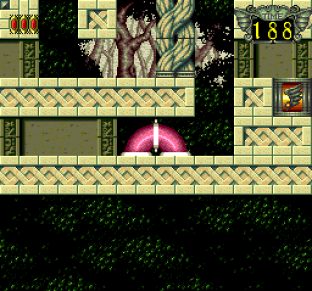 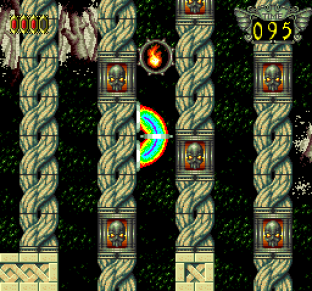 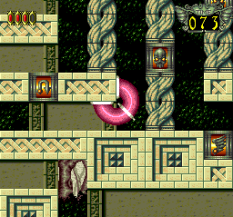 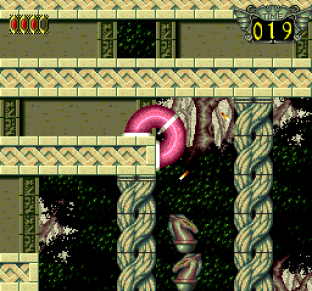 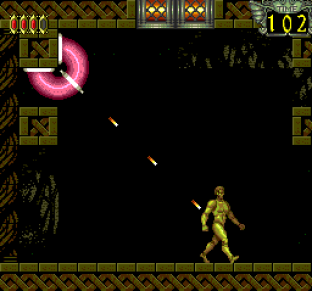 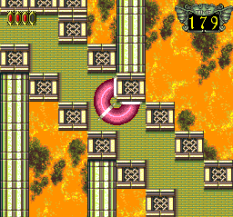 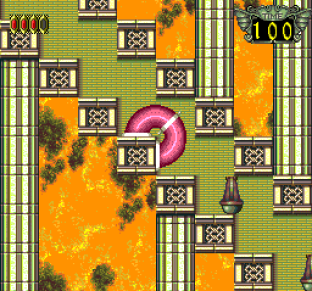 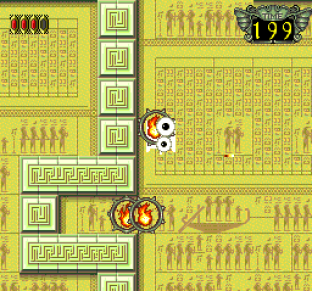 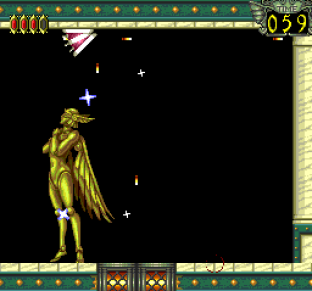 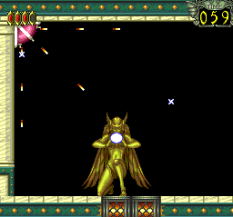 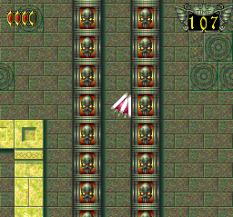