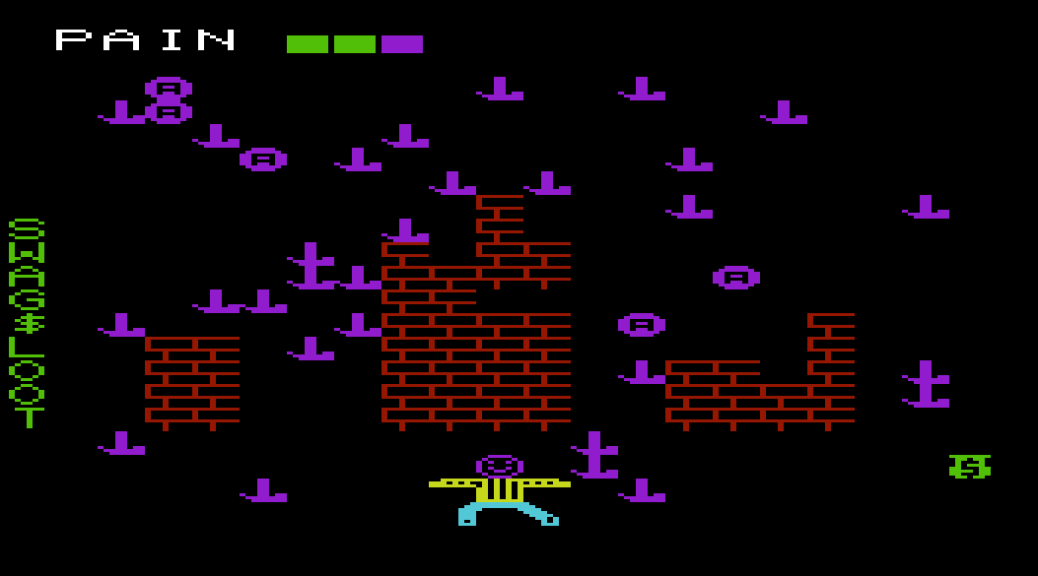 First released in 1982 through Llamasoft, Headbanger’s Heaven is arguably Jeff Minter‘s worst game, although that said: it’s still reasonable fun to play. I did read that the game originated on the ZX Spectrum and was converted to the VIC-20. Whatever possessed them to convert it is not clear, though…

Headbanger’s Heaven is a simple single-screen collecting game where you must make your way from one side of the screen to the other in order to pick up bags of cash to return them to the start of the level. Every bag you return awards you a letter on the left-hand side of the screen. Hammers drop down from the sky and your only protection are some Space Invaders-style bunkers that erode away as the hammers hit them. A hammer will hit you on occasion, which increases your damage. If you take too much damage you’ll pass out and lose a life. Aspirin will also drop from the sky occasionally and headbutting some will give you a bonus (depending on how much damage you have), and also re-set your damage to zero.

The opening title screen has the infamous twin hammer logo from Alan Parker‘s classic film, Pink Floyd: The Wall, which gives a clear indicator of what inspired Jeff to make this game in the first place. His interpretation of that idea isn’t very good to be honest and I guess that he made this game as a ‘joke’ after one too many Camberwell Carrots… Headbanger’s Heaven is not Llamasoft‘s finest hour… It is a better game on the Spectrum, though, with better dialogue and more humorous cut scenes. 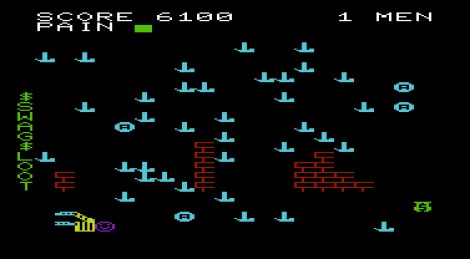