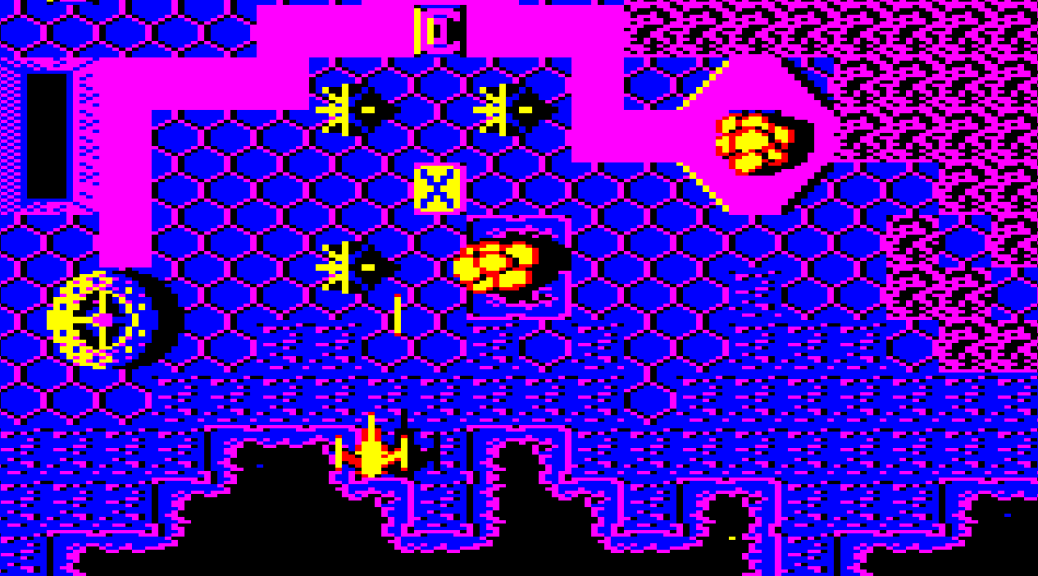 Released by Electric Dreams Software in 1987, Firetrack is a fast vertical shooter, designed and programmed by Nick Pelling (aka Orlando), the guy who made Frak! (among others).

Firetrack pushes the hardware on the BBC to the limits, with fast scrolling, lots of sprites on screen at the same time, and responsive controls. The feel of the controls is somewhat unique too. You have to play it to understand.

This is probably the best shoot ’em up on the BBC. A Commodore 64 version was also created, by Pelling himself, and both versions were successful.

One thought on “Firetrack, BBC Micro”