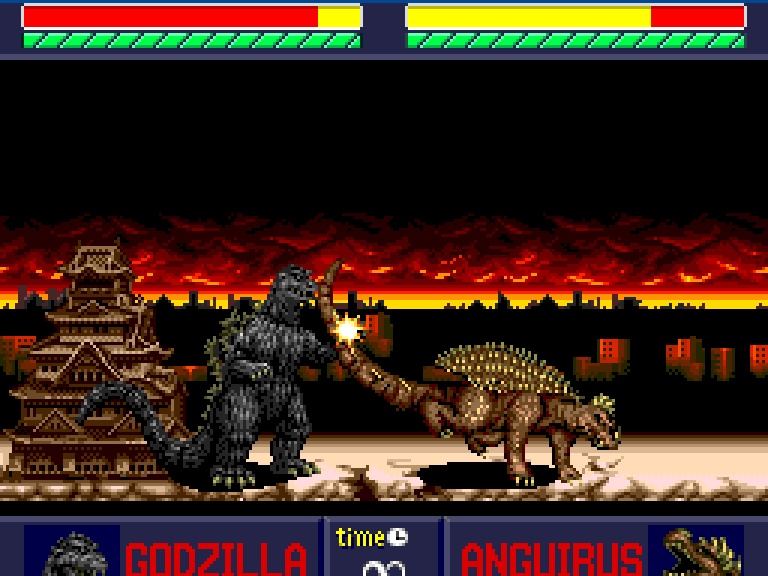 It is an energetic 2D beat ’em up with characters featured from the infamous series of movies.

In single-player mode you can only play as Godzilla, but in two-player mode you can choose between whoever is unlocked. Which makes for immense (and funny) battles between rivals (Anguirus, Rodan, King Ghidorah (Showa, Heisei and “Mecha”), Hedorah ((two modes), Gigan, Megalon, Mechagodzilla (74/MK 1, 75/MK 2 and 93/Super Mechagodzilla), Super X II, Biollante (both forms rose & final, nonplayable, boss), Battra (Larva and Imago)). 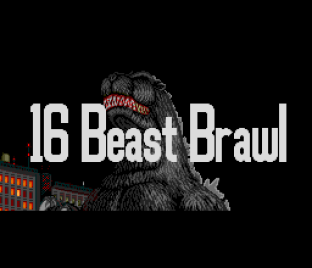 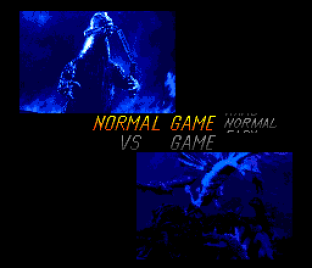 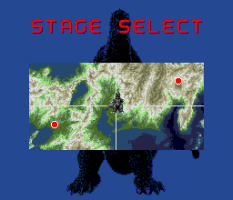 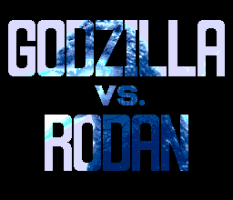 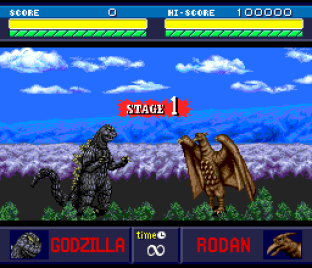 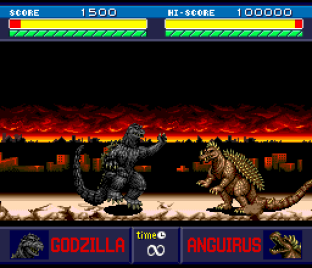 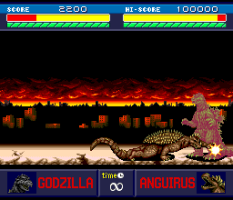 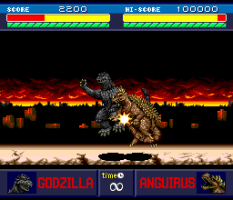 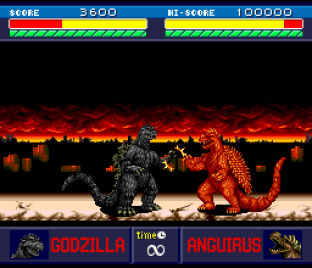 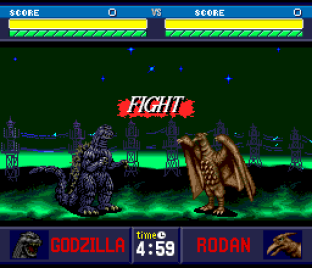 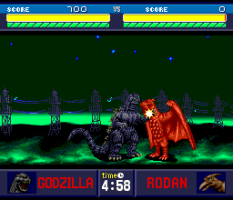 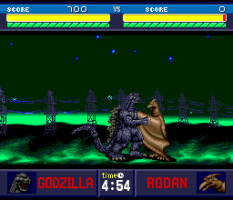 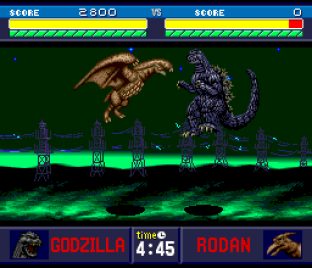 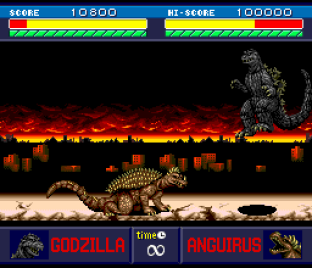 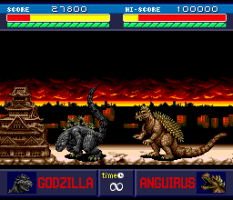 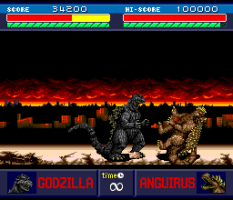 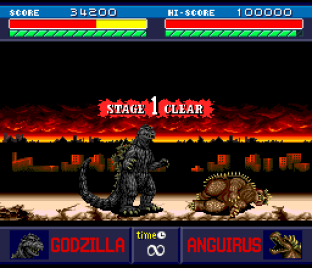 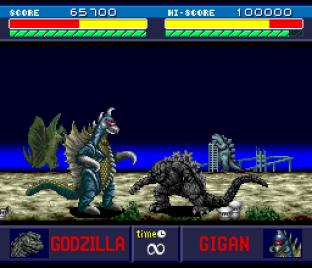 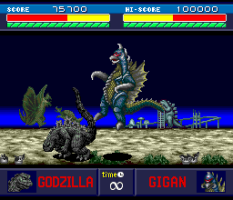 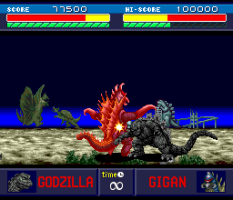 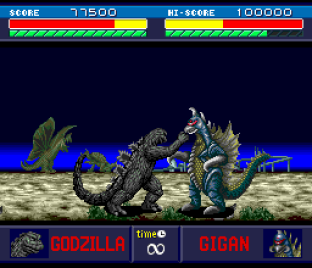 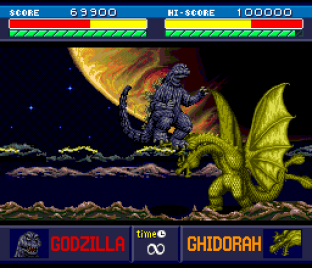 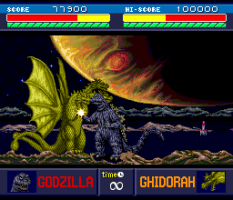 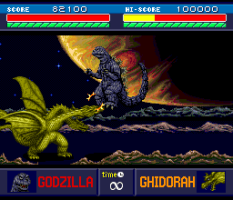 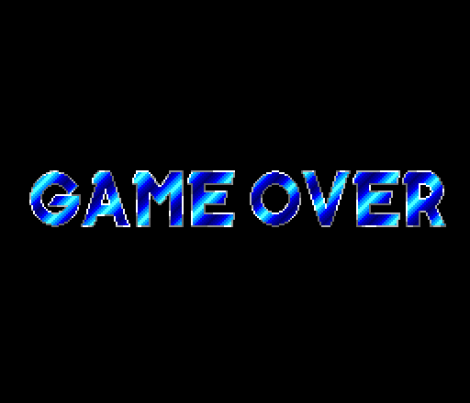