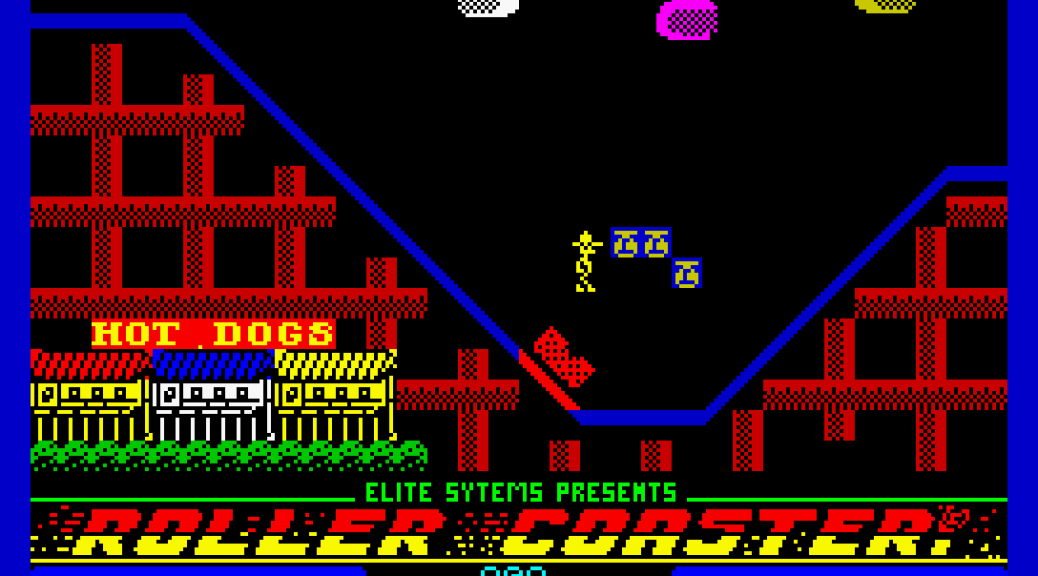 First released in 1985, Roller Coaster – by S. Brocklehurst – is a fun and jaunty platform game in which you play a small, agile character who has to explore a huge theme park looking for bags of gold.

You play the park’s owner, no less – a person called Colonel G. Bogey – and in order to complete the game you have to collect every bag of gold, without losing the ten lives that you begin with. Some bags are easy to get, and some are fiendishly difficult.

Roller Coaster was a very popular game on the ZX Spectrum, made good by the somewhat forgiving nature of the gameplay, a very colourful and jolly disposition, and the fact that it is a lot of fun to play.

Interestingly: Roller Coaster was re-made for the Nintendo Game Boy, but not in its original incarnation – it was re-skinned as Dragon’s Lair: The Legend and turned into a slightly different-looking game. It retained the original’s gameplay mechanics and “feel” though. 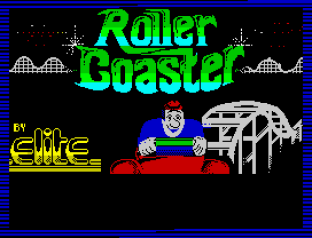 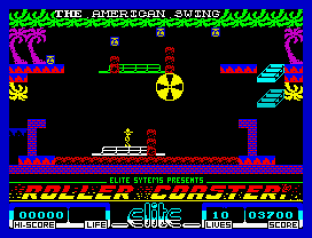 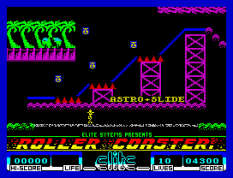 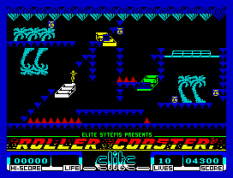 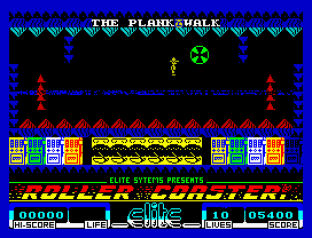 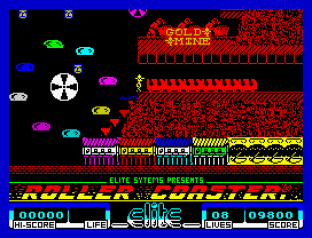 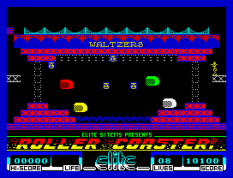 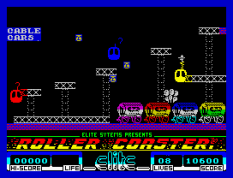 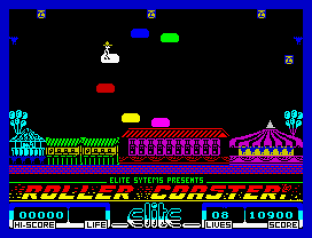 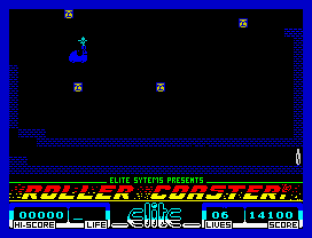 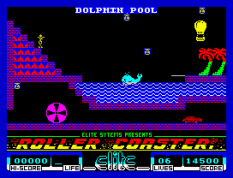 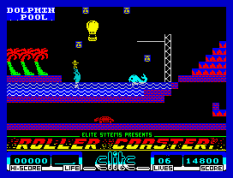 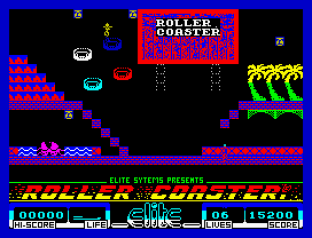 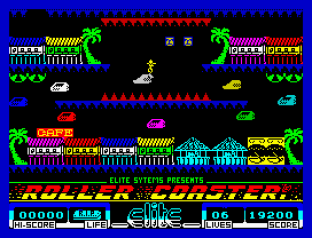 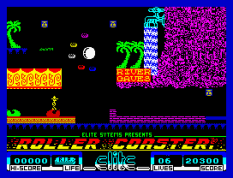 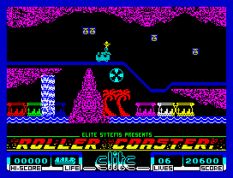 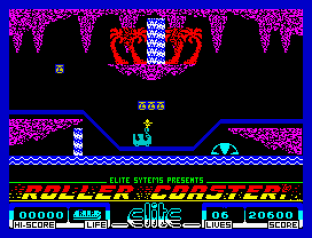 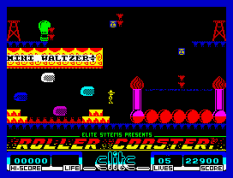 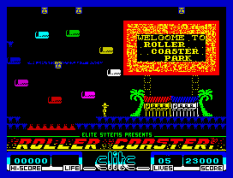