Released by Palace Software in 1986, The Sacred Armour of Antiriad (known as “Rad Warrior” in North America), is an action platform game featuring a half naked hero, called Tal, who must find a set of armour (called “Antiriad”), wear it, and go off on an adventure looking for trouble.

The world Tal explores is full of hostile creatures, so to defend himself he can either throw rocks at them (when naked), or shoot them, when in the armour. Although the pulsar beam module must be located first before the suit can shoot.

The Sacred Armour of Antiriad is one of the first ever “Metroidvania” type games released. It was developed and released at the same time as Nintendo‘s Metroid, although the developers of both games had no knowledge of each other’s existence – the similarities between the games are a coincidence.

More: The Sacred Armour of Antiriad on Wikipedia 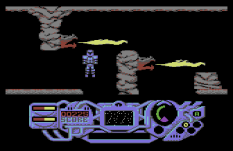 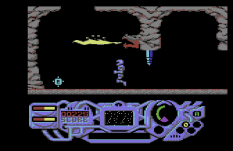 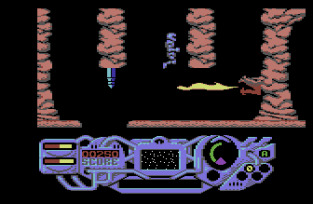