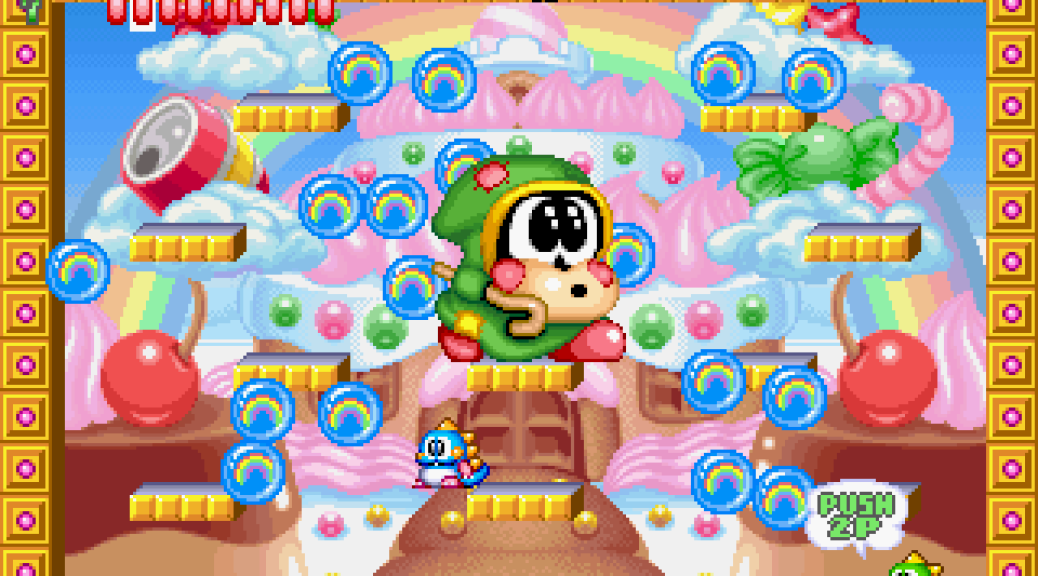 This 1997 Sega Saturn conversion is an official sequel to Bubble Bobble, and is a brilliant game in its own right.

The Sega Saturn version is arguably the best version available (there was an arcade version, but you only had to buy this once), and is a must-find-and-play retro game in my humble opinion. 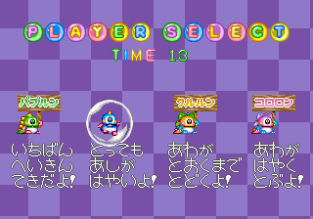 Complete a level in Bubble Symphony and you can choose different routes through the game.

Bubble Symphony was first released in arcades in 1994.

Of course you can play simultaneous two-player in Bubble Symphony.

Another Bubblun bites the dust. 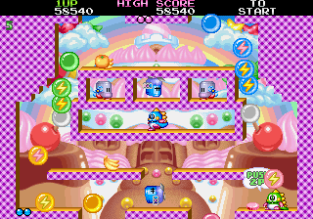 The candy-coated colour schemes in Bubble Symphony are just the right side of tasteful. 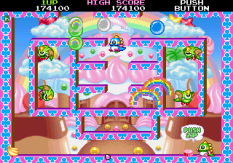 Although there IS a lot of pink in the game. Nothing against pink, mind. 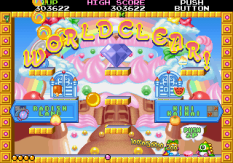 Cleared that world. Now on to Radish Land or Kiki Kaikai. 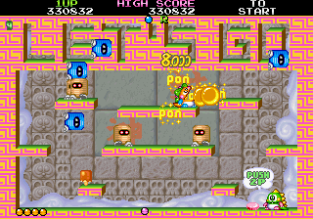 Ponning the monsters. Whatever that means.

The sprites in Bubble Symphony are super cute. 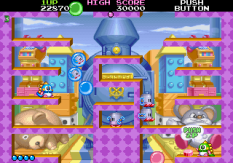 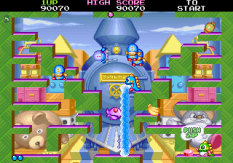 Bub is sick a load of water on a ghost.