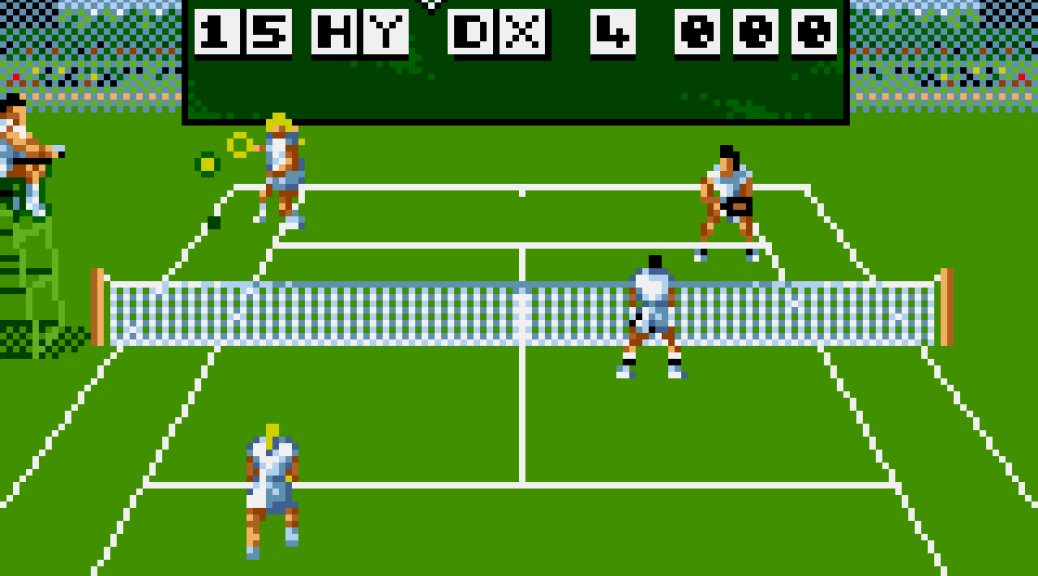 Featuring the name and likeness of American world number one tennis champion, Jimmy Connors, this tennis game – as far as I can tell – is the one and only tennis game on the Atari Lynx, and it’s pretty average.

Jimmy Connors’ Tennis is certainly not as good as this review makes out (“almost too many features to list“, it says, which is absolute bullsh*t, and it continues: “but it doesn’t feel like it has TOO many options, which can sink some simulations...” WTF is this guy on? The reviewer doesn’t know what he’s talking about…)

Let me state this: there are PLENTY of faults to pick with Jimmy Connors’ Tennis. Firstly: positioning yourself to return a shot is difficult, even with the flashing square that the game puts on-screen, to advise you where to stand. You can return with a fore or a backhand, but most of the time you’ll miss.

Secondly: CPU-controlled opponents miss a serve far too often. Far more often than a professional tennis player would. In my very first match my opponent gave me the first set with two missed serves. And I’m not talking about faults; he throws the ball up into the air and fails to hit it as it comes down… Twice. The computer-controlled players in doubles matches are mostly useless too, so you can forget about trusting your doubles partner to hit a return for you. Doubles matches are a mess. The AI in the game is pretty poor at best.

Thirdly: the movement and animation of the players is very limited. When you’re running left or right to reach a ball that’s some distance away from you, you only see the player’s back. Why didn’t they use better animation to show the player actually making an effort to run for the ball? Or the occasional dive or stretch with the racket? The lack of excitement in matches is palpable because the players don’t really move that well. The strokes and swings are well-animated, but there’s very little else. And, related to this: you always play from the bottom of the screen – never the top – which is weird too.

Fourthly: in spite of what the over-zealous, rose-tinted atarigamer.com reviewer above says, the game is certainly lacking options. Only two surfaces are available – grass and hard; unless I’m missing something. It’s also not possible (that I could find) to configure matches to be shorter than best of five sets, which is too long. You can raise the difficulty level, choose singles or doubles, male or female players, and swap the doubles players around, but that’s about it options-wise. I can’t help but laugh at what the atarigamer.com reviewer says about the features in this game… He is just so wrong…

You see: that’s the problem with a lot of Atari Lynx reviews online (in fact: the majority of game reviews on systems that failed, that currently have ‘fans’ reviewing them), and that is that they’re often written by fanatical amateurs who desperately want the games to be good, even if they’re not; they allow their enthusiasm for nostalgia to override the truth. They can’t see a game for what it is, without resorting to being a ‘Stan’.

On the plus side: Jimmy Connors’ Tennis does have some decent sound effects. Scores and other umpire calls are all expressed with digitised speech, which is good. Hell, even Jimmy has a few words to say at times too (complete with a hilarious, Python-esque cut-out mouth). The scrolling of the court is fast/smooth enough, and at least the game is no pushover. In fact: it’s barely playable… With a lot of practise (and maybe emulator quicksaves) you might get to the end of five sets and win a match, but whether you’ll have fun doing it or not is debatable.

Super Tennis – still the best tennis game of all time – came out in 1991; TWO YEARS BEFORE this lame-ass sports game. You’d have thought the developers might have taken a leaf out of that book and made Jimmy Connors’ Tennis fun and playable at least, but they didn’t bother. Don’t waste your time playing this, unless you feel that you absolutely must. 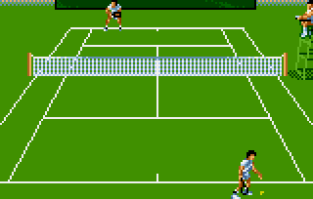 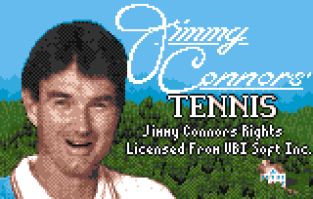 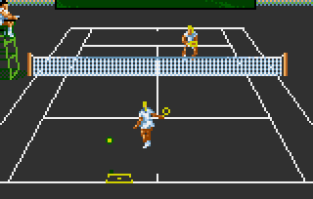 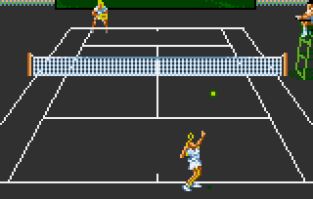 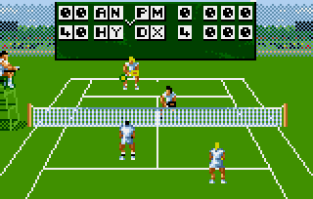 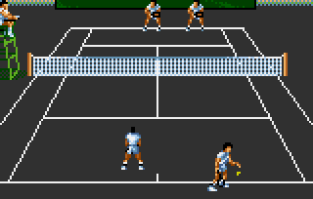