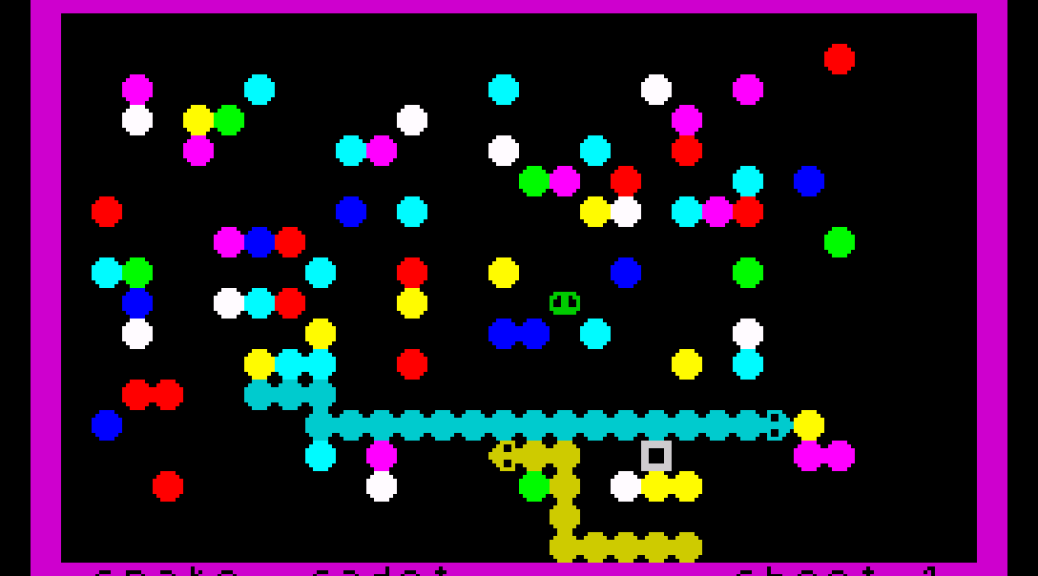 Considering that Laser Snaker was Steve Crow‘s first commercial game: it is not only an excellent one, but it also shows Crow‘s flair for high quality presentation.

Don’t play Laser Snaker on the default skill level (Trainee) though – bump it up a notch. The easiest skill level is boring and it doesn’t seem to get any harder as you progress. If you play the harder difficulties, the game at least becomes much more interesting, with rival snakes appearing and walled puzzle rooms that are very challenging to beat.

Laser Snaker was published by Poppy Soft in 1983. 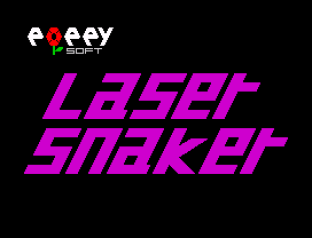 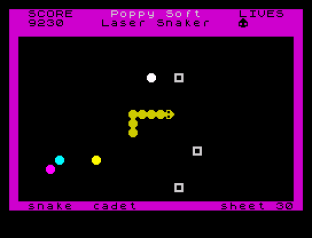 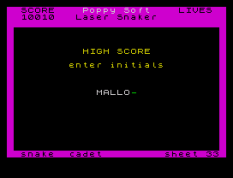 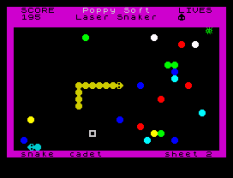