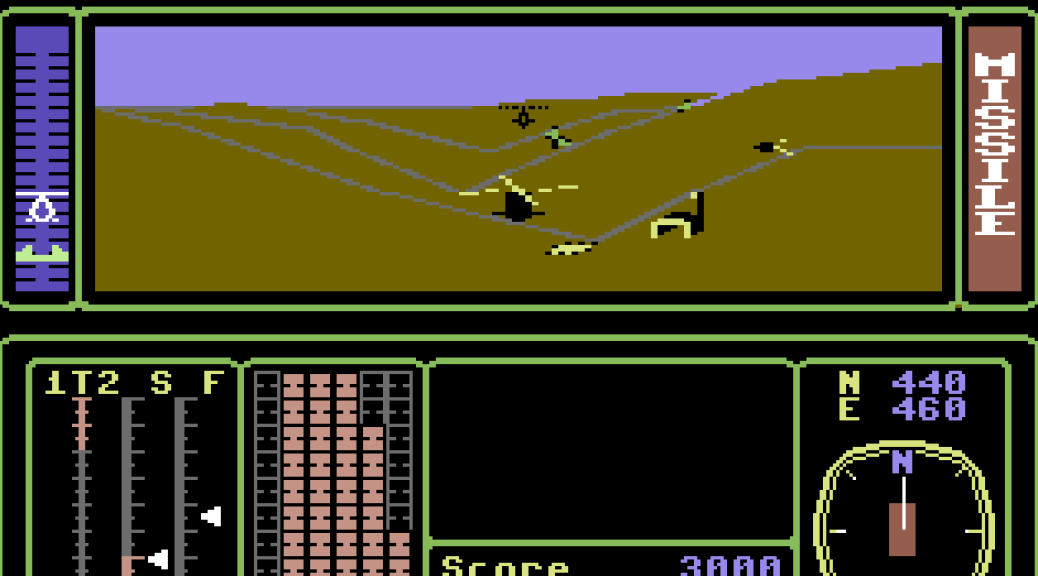 It’s a little slower than the Spectrum version, in terms of graphical speed, but the basic game is both present and correct, and quite playable. Actually, the on-screen messages are easier to read in this version, and it’s easier to score points by getting hits, so it could be argued that this version is better than the original.

To get anywhere in Combat Lynx, though, you’ll have to memorise the keys. For chopper speed, weapons select, communications. et cetera…

Combat Lynx is a good example of an early combat simulation with too many keys! Actually, I take that back – there aren’t too many keys. All those extra controls are what make the game complex and involving. 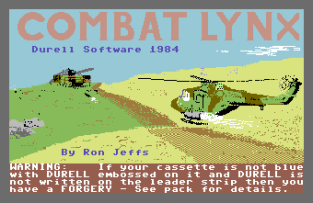 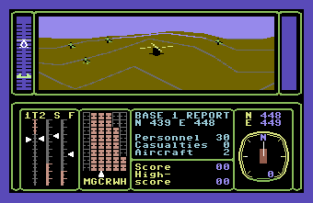 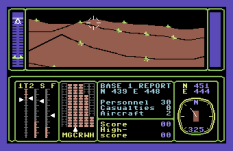 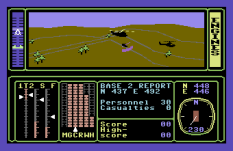 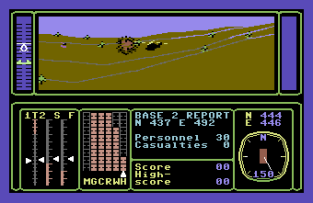 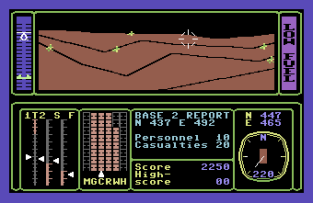 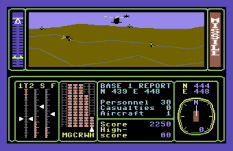 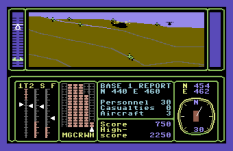 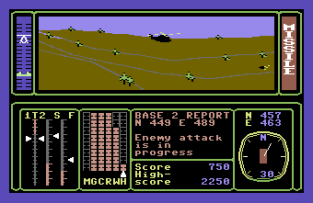 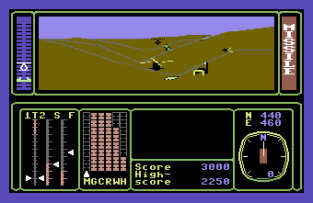 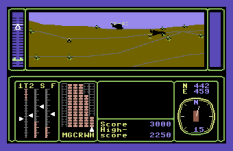 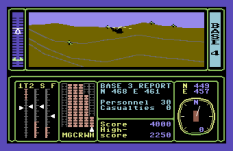 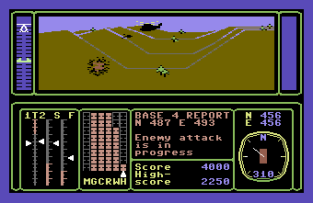 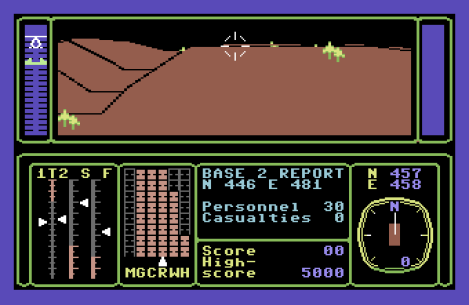