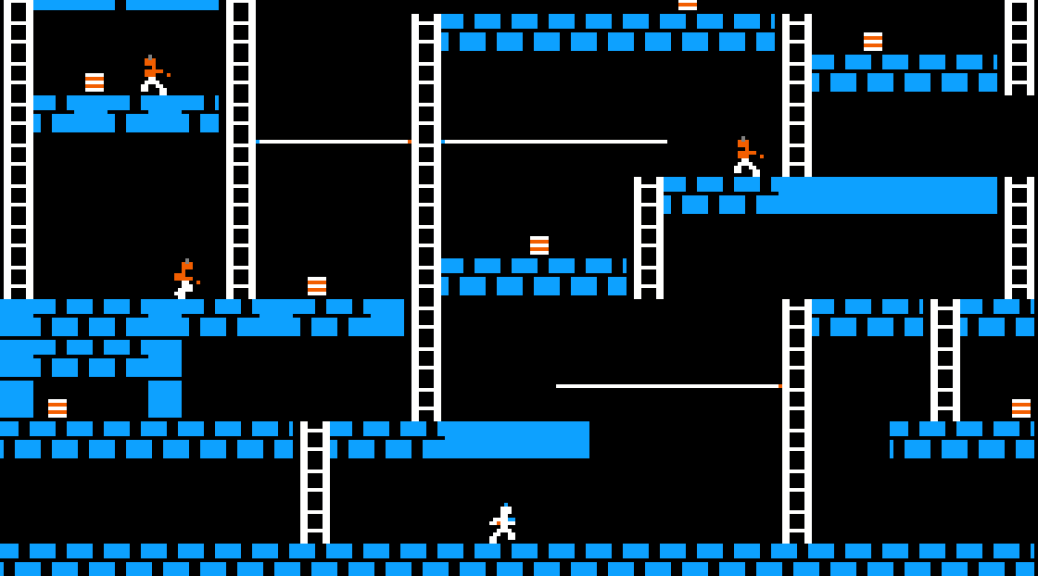 Although simple to play and spartan-looking, Lode Runner quickly acquired a reputation for being a serious challenge for gaming ‘pros’.

The aim is simple: run around, climb the ladders, shimmy the ropes, and collect the gold bars scattered around the level, while at the same time avoiding contact with the bad guys. You can dig holes to the left or the right, to either drop through, or to trap enemies inside, but only if the platform you’re stood on isn’t solid. Brick platforms you can dig through, solid platforms not.

What makes Lode Runner so great – and always has done – is that real skill and guile is required to outwit the chasing bad guys. I wouldn’t really call what controls them “AI” per se, because they tend to home in on you via fairly obvious routes, and can be tricked, but I would describe it as “ruthless”. Haha. Lode Runner‘s chasing bad guys do have a degree of ‘artificial stupidity’, though, but not much. It’s what makes the game challenging.

Doug Smith‘s efforts, and the seeds of this first Apple II version, later led Lode Runner on to greater heights. Cartridge releases, on both the VIC-20 and the Commodore 64. Many, many conversions to other systems, including the PlayStation and XBox Live Arcade. Even an arcade release. Lode Runner is retro-gaming royalty, when it comes to the sheer number of releases it enjoyed, and still does enjoy. 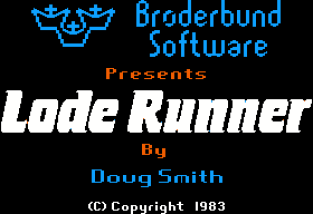 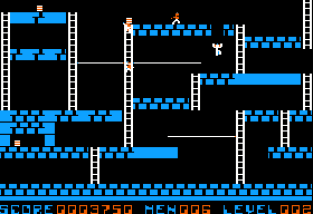 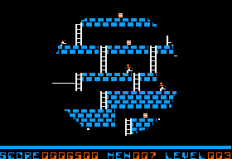 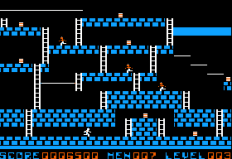 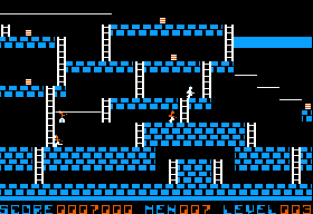 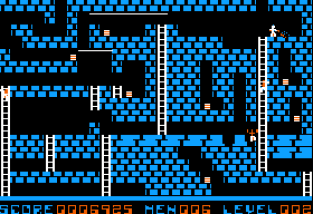 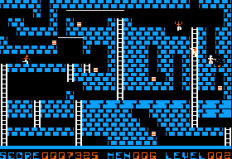 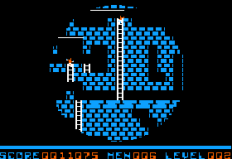 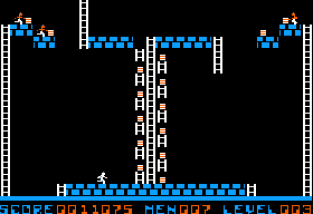 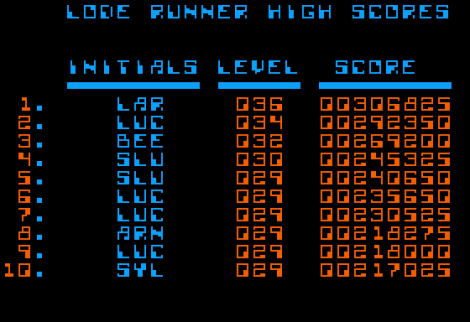