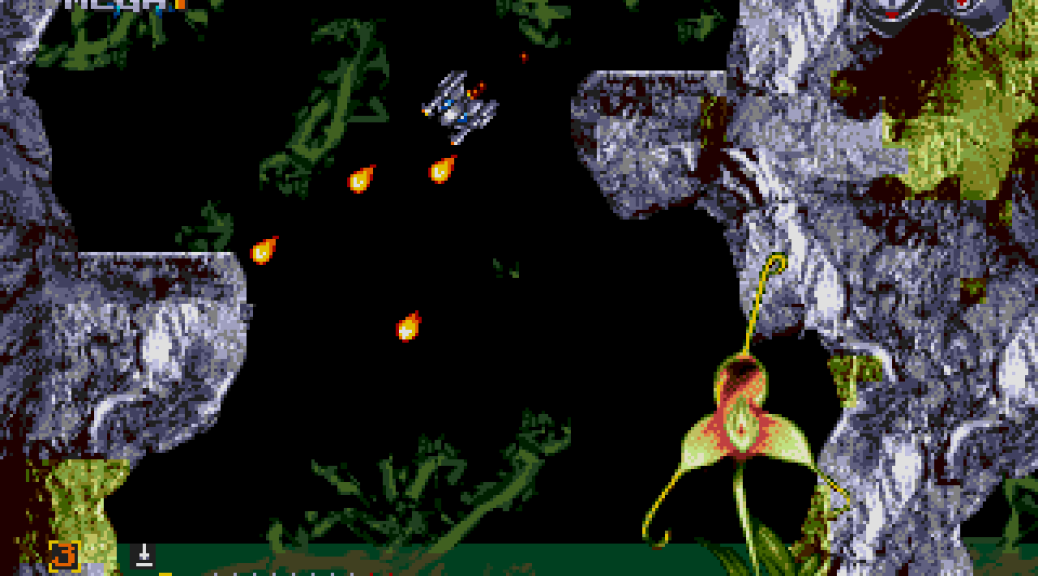 A shoot ’em up/gravity game on the Sega Megadrive/Genesis that is a massive amount of fun to play. It really is one of those obscure little titles that is a pleasant surprise to discover.

Released in 1993/1994 (depending on where you lived) and developed by Zyrinx and published by Scavenger. The smooth scrolling and fast-paced blasting action requires skill and dexterity to progress, and there is plenty of satisfying pixellated destruction along the way.

A fantastic blast from the past. well worth tracking down if you haven’t played it before.

Sub-Terrania title screen, featuring pre-rendered 3D graphics, as was fashionable back in 1993.

Shooting in all directions, thanks to some power-up or other.

That is one big head monster boss thing!

Head boss thing is about to die…

Picking up sheets of metal and placing them where you need them is tricky. 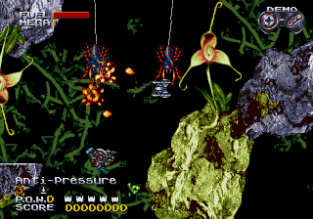 Attacked by spiders on webs!

Again: not quite sure where I’m shooting there. Pure panic.

A well-placed bomb takes out that obstacle!