The Atari Lynx conversion of Williams‘ classic arcade game, Robotron: 2084, was developed by Shadowsoft, Inc. and first released in 1991. And it is a decent port of the twin-stick shooter.

As the Lynx only had two ‘fire’ buttons (A and B buttons, duplicated on the right-hand side of the handheld but spaced too far apart to be used as directional fire buttons), the player must use them to rotate the direction of fire – clockwise or anticlockwise – which is a bit of a handicap, although thankfully it doesn’t hamper the game too much.

The sound effects are meaty – especially the firing sound effects – and the graphics are tiny but perfunctory. Gameplay-wise Robotron on the Lynx is hectic and fun. That said: given a choice of platforms to play it on, I wouldn’t choose the Lynx version out of preference. 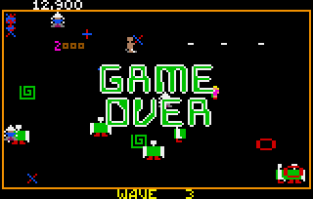 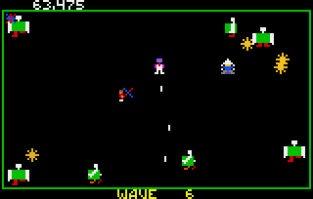 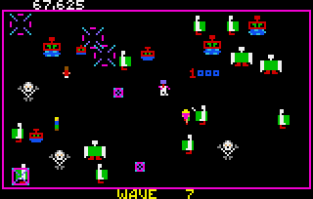