Ocean‘s Island of Death is a game I remember seeing back in 1984 (because of the striking Bob Wakelin cover art), but have never played – until now.

And I’m quite surprised by how good it is…

In spite of the decidedly ASCII-style graphics Island of Death is an engrossing and playable multi-choice text adventure game – with built-in mini games that occur during certain events. For example: at the beginning of the game, jumping over the side of the boat initiates a swimming sequence where you have to avoid being eaten by a shark. Reach the beach and the game continues the adventure.

As the title infers: Island of Death is a survival game, although you do have a main task to complete, which is to find six treasures hidden on the island.

At first you’ll be dying left right and centre, but the good thing about Island of Death is that it gets easier as you progress and learn from your mistakes. It’s still quite challenging, remembering where you’ve been (you lose ten points for revisiting locations, which is very harsh), but is definitely fun exploring.

The game (or rather: the author, David Howse) has a sense of humour too. Island of Death is surprisingly enjoyable considering its dated and archaic presentation.

Note: Island of Death isn’t mentioned on Wikipedia at all – not even on the Ocean Software page – which is an oversight. Someone get it added!

More: Island of Death at Oric.org 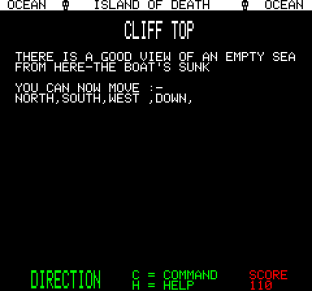 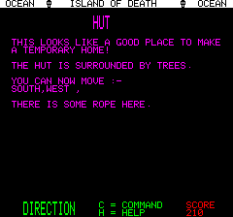 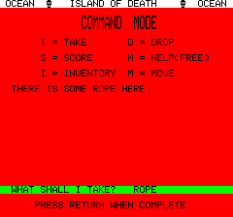 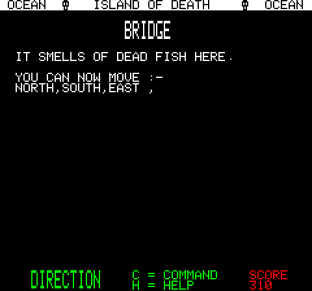 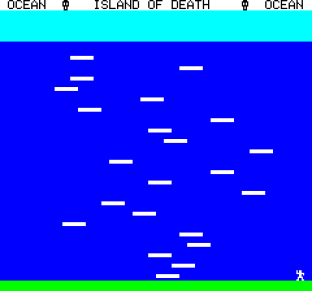 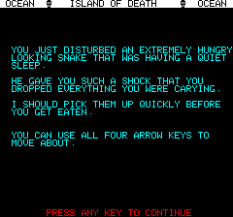 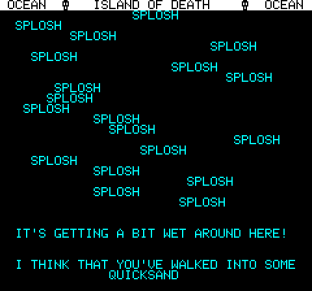 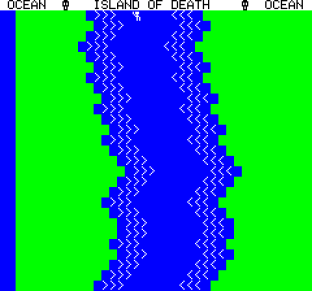 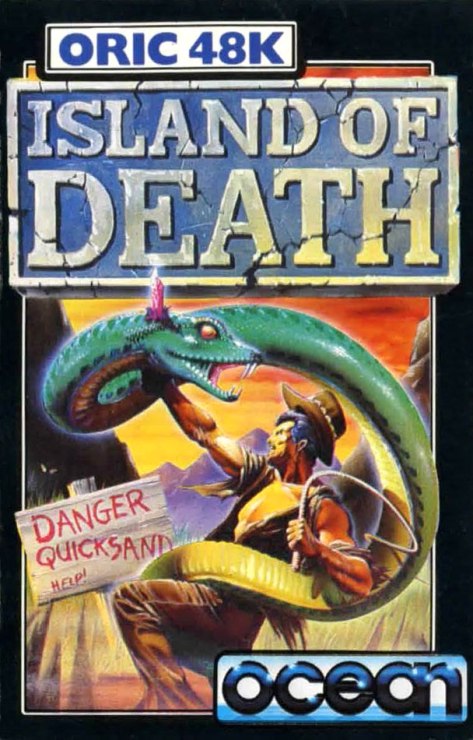