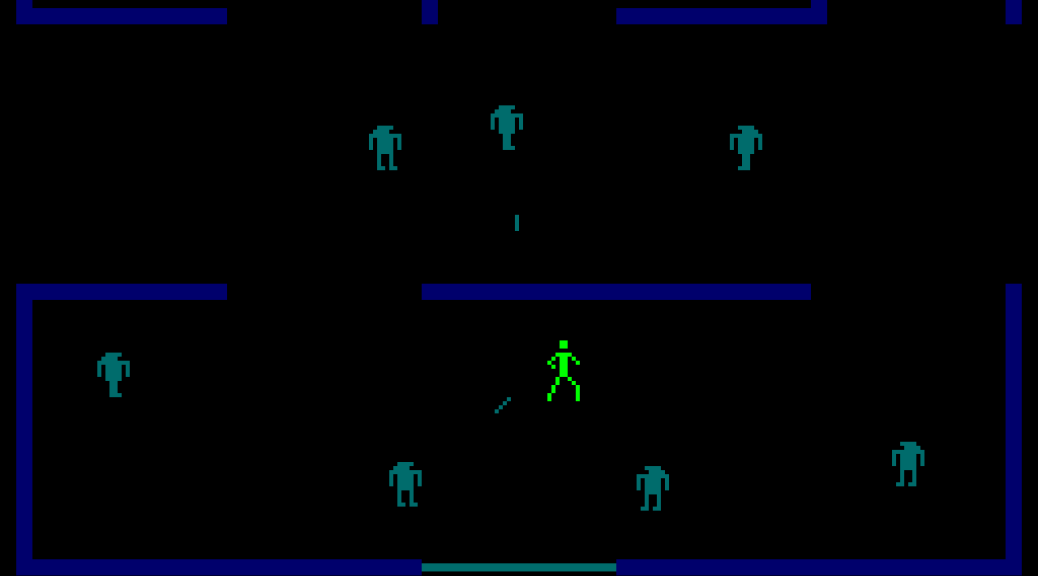 Released into arcades in 1980, Stern Electronics‘ Berzerk is a simple multi-directional shooter where the aim is to rack up as many points as possible by shooting robots in a maze.

As your score gets higher the robots change colour, and can fire more and more bullets back at you. Obviously you have to dodge their bullets, and also avoid touching the walls.

There’s also an annoying ‘smiley face’ type thing (called ‘Evil Otto’) which appears – and chases you – if you take too long on a screen. Unbelievably, the smiley face is completely indestructable, so you can’t stick around when he appears.

Berzerk was one of the first ever video games to use speech synthesis. The game taunts you as you play (calling you “chicken” if you leave a screen without clearing the robots), and even says “coin detected in pocket” during the attract mode. The voice effects for Berzerk have been sampled and used in various dance music hits, including “Humanoid Must Not Escape” by Richard D. James (aka The Aphex Twin).

The arcade version (shown here) was one of the first colour video games ever released onto the market and was moderately successful. The 1982 Atari 2600 version of Berzerk is probably slightly better known. 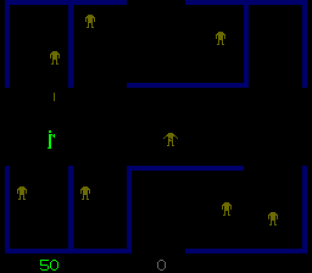 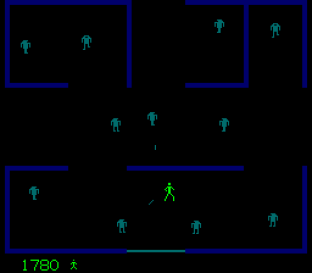 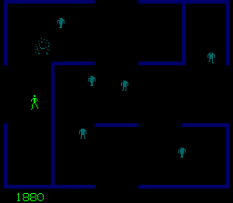 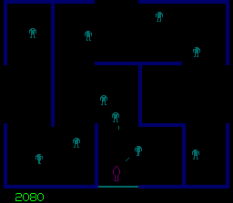 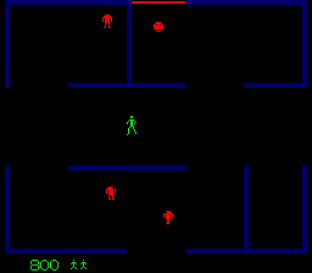