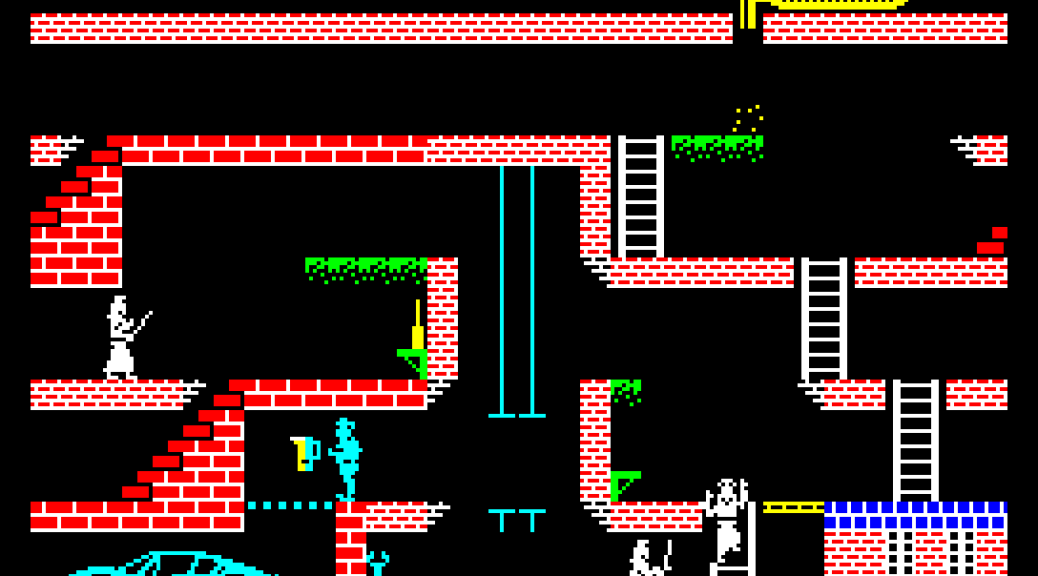 Bug Byte’s 1984 release Turmoil is fun platform game where you play a mechanic (called Mick The Mechanic), who is frantically trying to put oil into cars, to be able to drive them to the next level, all the while being chased by sword-wielding Arabian Guards.

And the artificial stupidity of the guards makes them good comedy value.

Turmoil was pretty good for the time. I definitely enjoyed it! 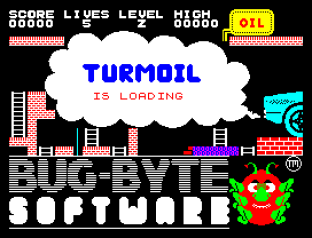 Featuring Mechanic Mick and the Arabs.

Nice use of colour through the game.

Although what makes Turmoil so special is the feel of the controls and the inertia of the main character.

Filling your oil can at the top. Emptying into the car at the bottom.

You can even swing on ropes.

Those pesky Arabs are always chasing you.

Each level has its own properties. 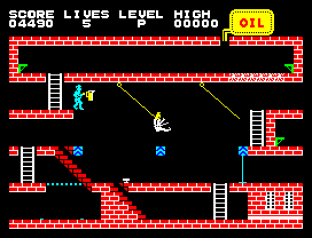 Even the baddies can swing on ropes!

Level “W”… That’s quite far into the game.

Turmoil: it’s a never-ending battle for fossil fuels… And a biting metaphor for The West’s lust for Middle Eastern oil.