Rampage is a very fondly-remembered arcade game that features gigantic monsters fighting it out over a series of destroyable skyscrapers.

The monsters – Ralph, a giant wolfman; Lizzie, a Godzilla-like monster; and George, a King Kong-like ape – can climb the buildings, punch holes in them, and grab people from windows (to eat, of course!). When a building has been punched-out, and reaches a critical point, it collapses. If a monster is hanging onto a building when it collapses it loses a big chunk of life energy, so jumping off when it starts shaking is a good idea. Incoming bullets and tank shells also whittle down monster energy, so the idea is to flatten incoming forces before they can hurt you.

What makes Rampage so special is that up to three players can play simultaneously, and also the wonderful touches in the character designs, animations and situations. Like, for example, when a monster picks up a guy with a flamethrower, the monster eats him and then spits flame. Also, when a monster loses all of its life energy it shrinks and reverts back into a naked human being… Little details like that never cease to amuse!

Rampage was developed and published by Bally Midway in arcades in 1986. 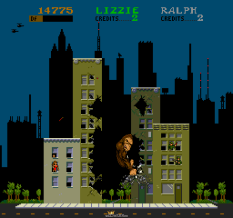 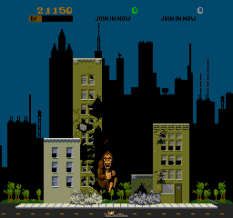 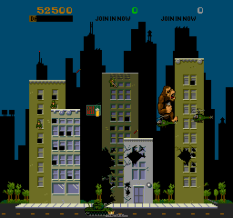 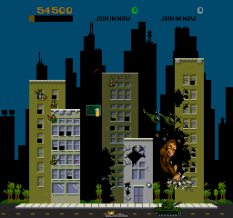 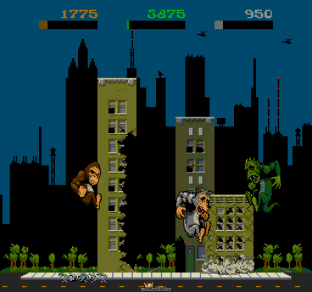 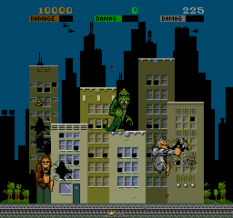 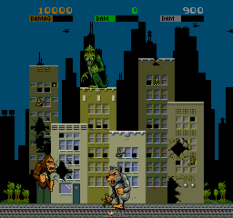