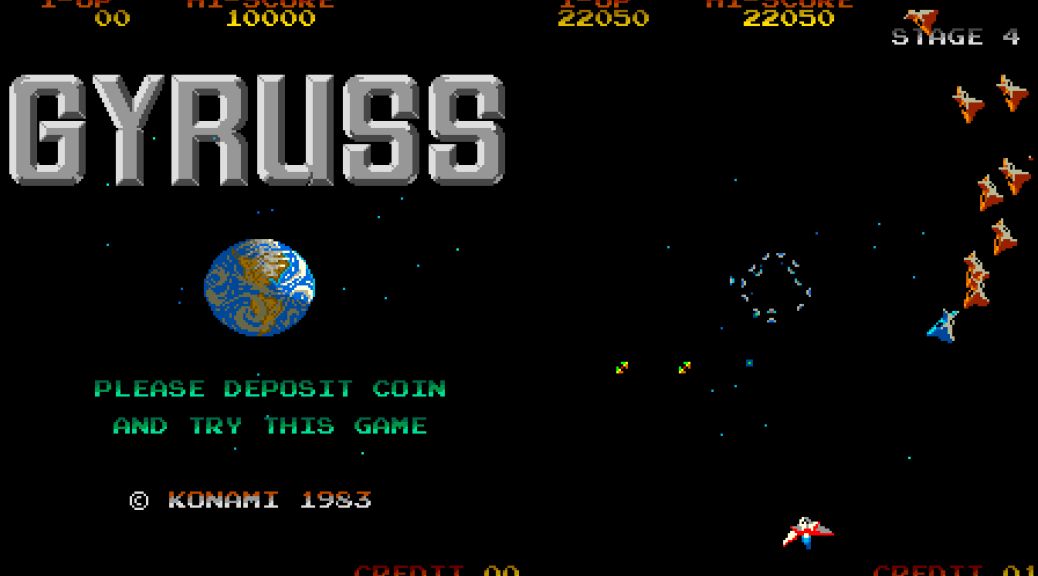 Gyruss is a cross between Galaga and a tube shooter like Tempest.

Created by Konami in 1983, Gyruss allows you to spin your ship entirely around the centre of screen, in a 360 loop, firing inwards.

Enemy attack waves come from the middle of the screen, supposedly rushing outwards as you travel through time and space. Your ship faces inwards; a moving starfield gives the impression of space moving past. Clearing waves advances you onward to your destination – the planet Neptune (followed by the planets Uranus, Saturn, Jupiter, Mars and finally Earth, each with three warps of their own).

The iconic soundtrack – a brilliant chiptune version of Bach’s Toccata and Fugue in D Minor – spurs along the action at a thrilling pace. It was one of the first arcade games to use stereo sound too.

Gyruss innovated on a number of levels back in 1983 and was very popular among shooter fans. It still plays great today and has stood the test of time remarkably well. A classic old arcade shooter! 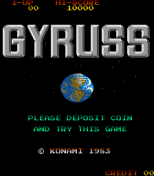 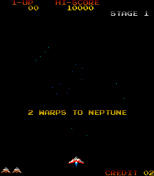 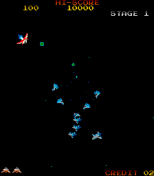 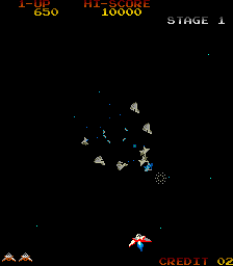 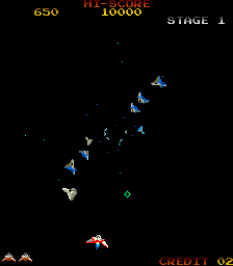 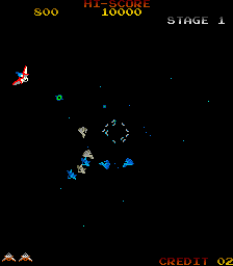 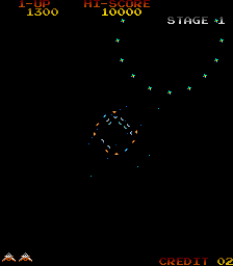 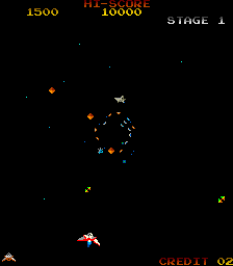 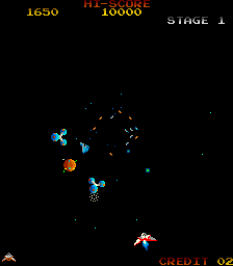 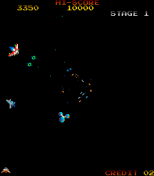 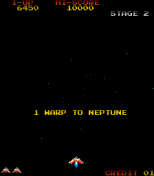 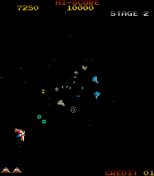 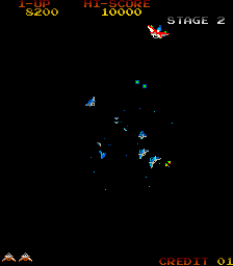 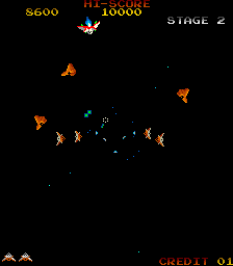 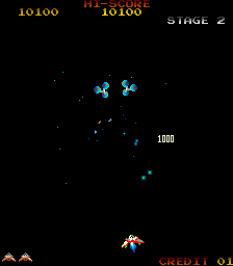 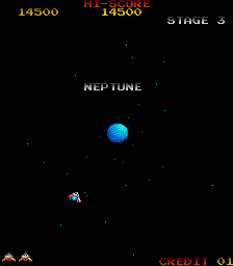 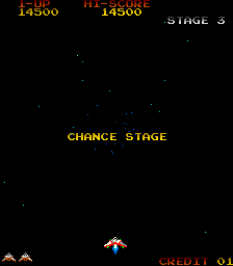 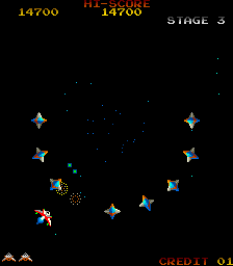 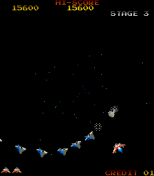 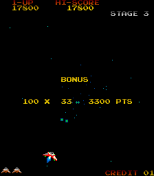 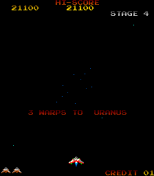 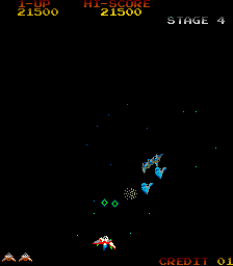 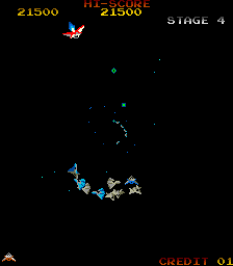 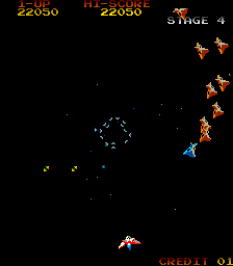 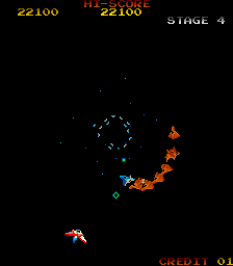 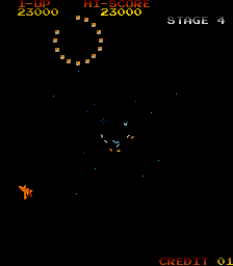 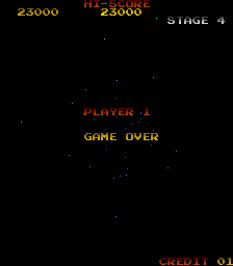 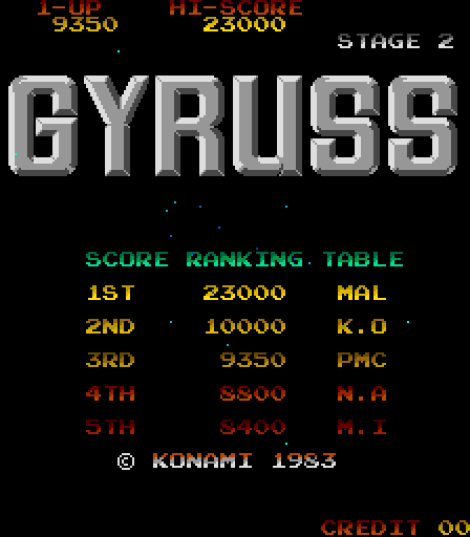