Alleykat is a strange-but-enjoyable mix of vertical shooter and race game. Although – in this case – you ARE taking part in races, but not actually racing anyone.

Making it to the end of a race alive is first priority, then picking up prize money is second most important. You need prize money to enter races, so too many failures means exclusion from participation. ie. Game Over.

Alleykat was designed and programmed by Andrew Braybrook for Hewson Consultants in 1986.

The game doesn’t currently have its own Wikipedia page, which probably goes some way to demonstrating how Alleykat divides games-players. 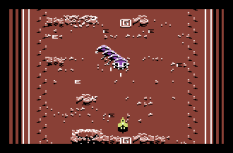 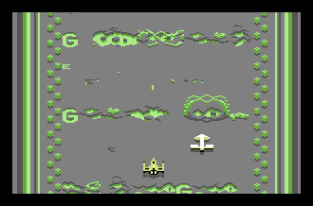 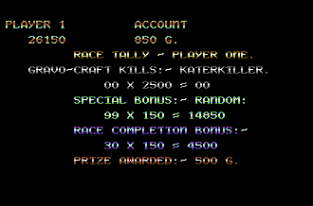 One thought on “Alleykat, Commodore 64”